[A group formed in 1988 and expanded in 1998 to a water project district] has announced the completion of its second flood control structure project.

John Egge, a member of the board of directors of the Lake Pelican Water Project District, said the most recent dam structure was completed in November south of Lake Pelican at a cost of about $17,500. Egge said this is significant because the organization is now in a position where its study costs have been paid along with other ancillary costs for designing a very large project and is now able to move forward with physical construction of some 800 flood control structures they want to build.

After the massive flooding of 1997, the city of Watertown proposed building a large structure north of Watertown known as the Mahoney Creek Dam, something that went through three public votes before finally being approved.

By the time that was accomplished, the original price estimate of about $25 million for the Mahoney Creek project was considered no longer valid and a new study by the U.S. Army Corps of Engineers was determined to be needed. State funding of $5 million for the project was lost when it did not proceed on time and now the study is being done by the corps in bits and pieces.

“But we have been doing bits and pieces over the last couple years.”

Blomquist said the study is not looking solely at the Mahoney Creek project, but is doing a review of all flood control alternatives.

The Lake Pelican group has completed its study which was done by Barr Engineering of Minneapolis, a firm they say specializes in the design and construction of small flood control structures.

The organization encompasses a large area around and north of Watertown as a taxing district which generates its revenue. Its first project was a small dam a few miles west of South Shore completed a couple of years ago. The second structure was completed in November, Egge said, and is designed to control water flow and sediment intake from approximately 1,350 acres flowing into the south side of Lake Pelican.

The Lake Pelican group has based its projects on the theory that hundreds of small flood control structures are just as effective and less intrusive than one large dam, such as the Mahoney Creek project.

While the process has been slow in getting off the ground since the group formed a number of years ago, Egge said construction of the structures should now speed up.

“It would be possible to see two or three a year because the surface water plan is complete and paid for,” he said. “So the money we collect now will go toward (construction) projects.

“If we keep pecking at it, the high water problem goes away.”

Egge said the Lake Pelican group paid about $340,000 to Barr for its study which covered an area of roughly 200,000 acres of land.

“They (Barr) specialize in the natural approach — they make it look like Mother Nature did it,” Egge said. “It works very naturally and is a watershed-wide approach that impacts a number of issues.”

He said that approach contrasts with larger projects such as Oahe Dam and other large dams.

“They all silted in because they didn’t do any (prior) watershed work to hold the silt back,” Egge said.

Egge said although the Lake Pelican Water Project District is an entity on its own, the group is also open to working with other groups or government agencies to reach its goals.

“We have plans on the board where we could be partnering with other entities,” Egge said.

Egge said the district’s third structure is scheduled for construction this spring in the Waverly area. 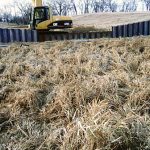 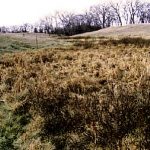 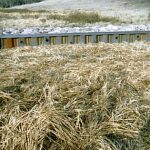 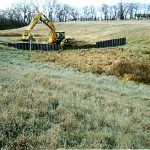 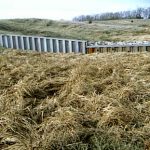 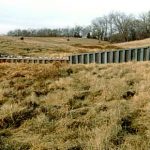 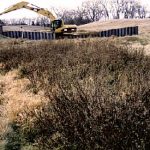 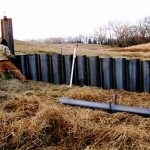 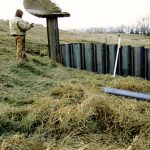 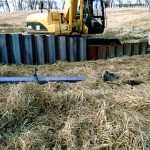 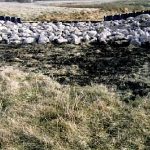 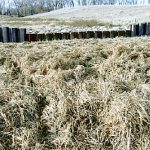 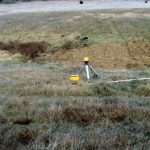 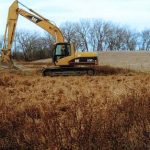 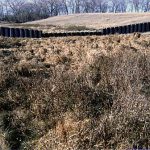 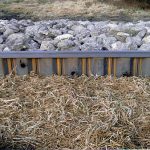 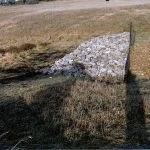